One of the different community initiatives which the TESS team at Universitat Autonoma de Barcelona visited is Biciosxs. It can be described as a place, a group and an idea. Starting with the idea, it is the act of occupying abandoned terrains in order to give them social and environmentally sustainable use and function, such as communal bike repair (2). A core group of 4-5 committed individuals maintain the space and its infrastructure, while its users come to repair their bicycles in one fixed day of the week, using the skills of the long-term group or their own. One of its key principles is recycling and bartering. Monetary intermediation is not acceptable or accepted practice. 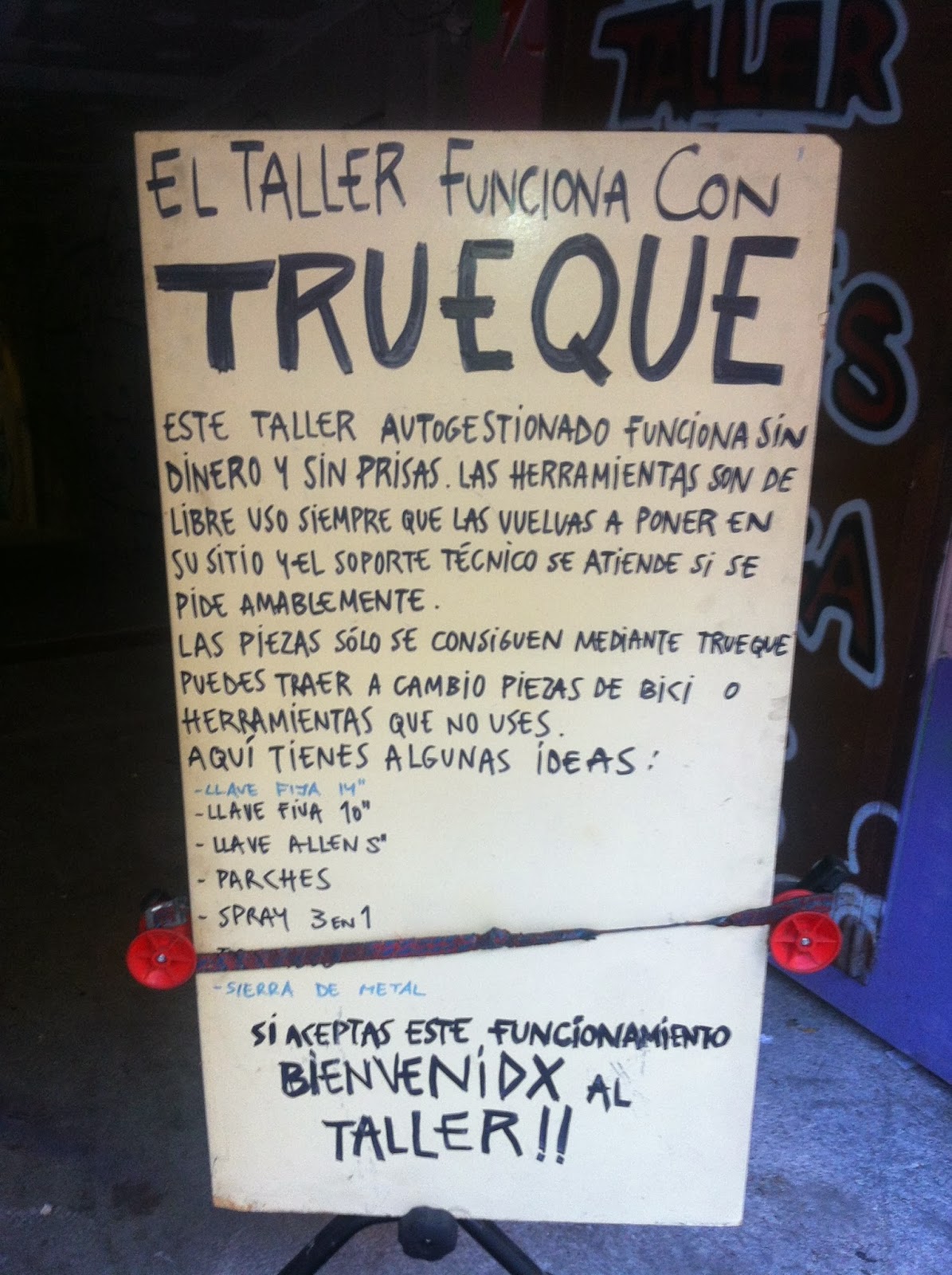 On photo 1 “This autonomously managed workshop with no money and no hurry. The tools are free for using as long as you put them back at their place. Technical support is available upon a polite request. The parts you can get via barter. You can either bring bicycle parts or tools which do not make you serve. Here are some examples ….. If you accept these conditions, you are welcome to the workshop” 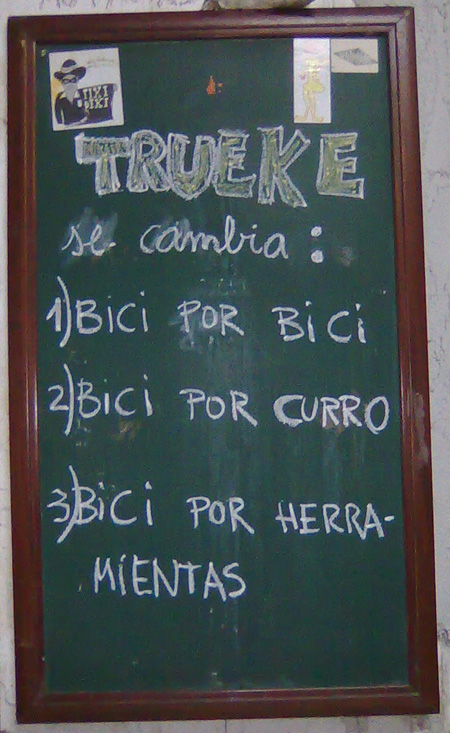 The group considers the bicycle as an alternative to the consumerist society and the imposition of cars and asphalt. In terms the space, the project is based in a occupied garage in Nou Barris, Barcelona, a working class neighbourhood on the outskirts of the city, known for a diversity of cultures and nationalities. About 30% of its users are migrants, who come into contact with a particular culture of voluntary simplicity, recycling, confronting capitalism and creating alternatives to the monetary economy. Thus the workshop performs an important social function of teaching DYI bicycle reparation in a friendly and open environment, and most importantly – accessible for all due to the barter and recycling system. Bicioxs also promotes socio-cultural exchange and integration. It is of one the projects with the highest level of organic social inclusivity amongst all studied in the TESS sample for Catalunya.

Posted On May 8, 2015 ~ 0 Comments
Introduction LaCol is a cooperative of young architects founded in 2009. They operate mainly in Barcelona, particularly in the neighborhood where they are located, Sants,…

How Rome’s Refugee ScArt is addressing the Mediterranean migrant crisis

Posted On June 25, 2015 ~ 0 Comments
Italy is the fourth Country in Europe for number of refugee statuses granted, which is indicative of the fact that the southernmost European peninsula is…

Posted On July 15, 2016 ~ 0 Comments
The Rowmania project is developed by the “Ivan Patzaichin Mila 23 Association”. The association is named after Ivan Patzaichin’s home village, Mila 23 from Danube…