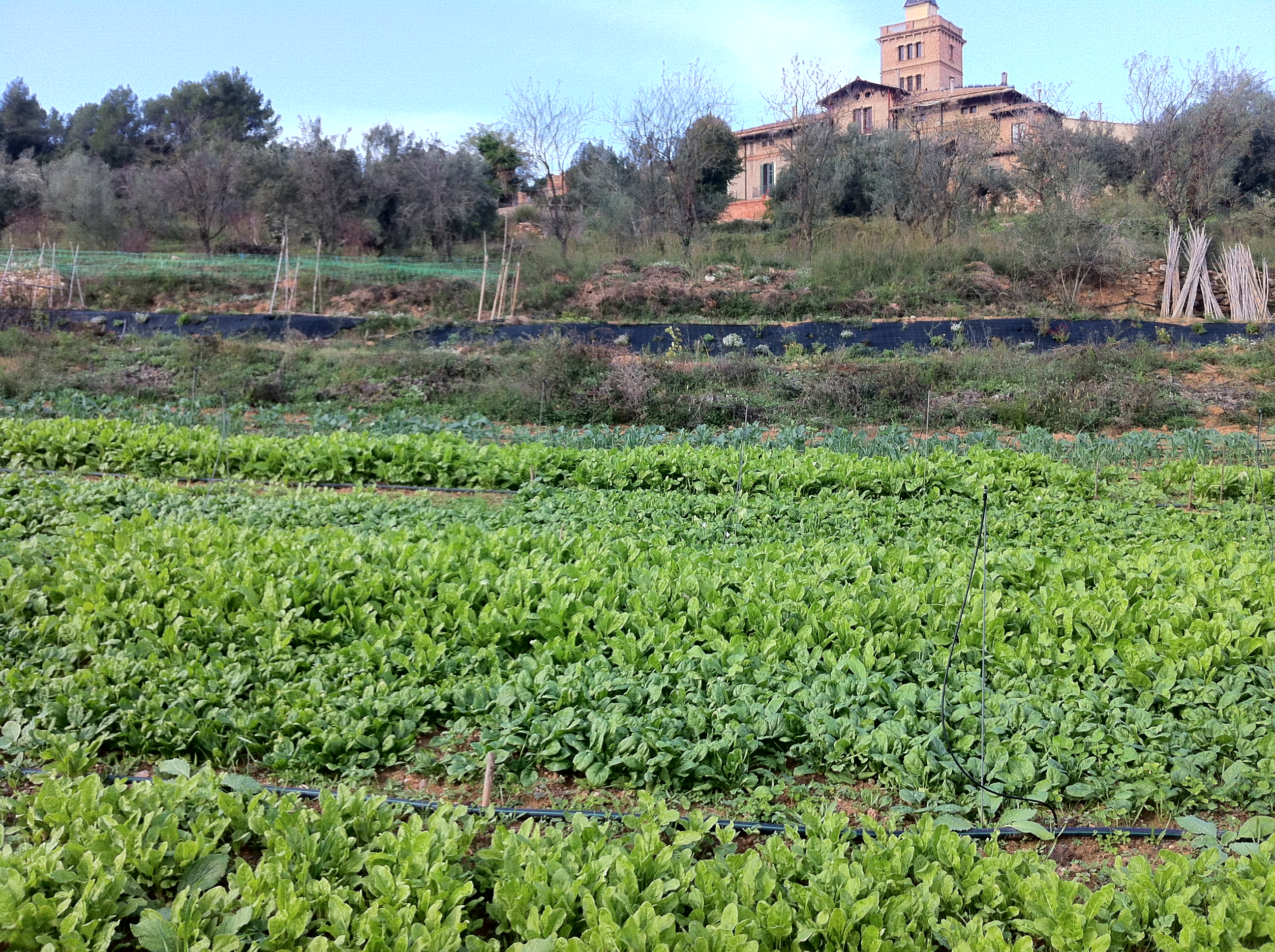 Located in a small town a few kilometers from Barcelona, La Ortiga (http://www.lortiga.cat/qui-som/) is a workers’ cooperative specializing in the production of organic vegetables and provision of educational courses on biological agriculture. Their ecological vegetable cultivation takes place on the premises of the historical building of Can Monmany embracing a total of 80 hectares most of which within the natural park of Corserolla mountain, surrounding the Northern part of Barcelona. La Ortiga works and maintains the agriculture terrains of the property, or about 2.5 hectares in total.

The project is the only farm producing fruit and vegetables within the urbanization of Valldoreix. Recuperating the productive land of the ancient Can Monmany property after its desertion for many decades has been a tremendous though rewarding venture. On the one hand, La Ortiga is located in the transition zone between forests and the suburban district of Valldoreix, being thus key space for preserving animal and plant biodiversity. The property has been feeding the area with vines and olives for centuries before the beginning of the urbanization pressure around Barcelona. Its recuperation has thus a strong socio-economic signification. On the other hand, the construction pressures around Barcelona and its suburbs have soared land prices, converting most agriculture terrains in urbanization sites and pushing food-production far away from towns and cities. La Ortiga is an attempt to bring agriculture back to urban peripheries amidst neighbourhoods of neatly detached houses inhabited by middle- and upper-class individuals and their multiple 4-wheel drives.

The members of La Ortiga have particular life trajectories, which eventually prepared them for the project. Most have previously been members of a local food cooperative whose main provider, a local farmer, had to close down when his terrains came under severe construction pressure and eventually gave, resulting in the construction of a Mac Donalds, among the rest. Two members of the food coop then decided to change life course and take production in their hands searching for local terrains that are apt for growing food.

This is how the Ortiga project was born. It started and kicked-off after the unique opportunity to rent the Can Monmany agriculture lands at low prices, but more than anything – thanks to the multiple hours of free labour and tons of enthusiasm invested in large amounts by its members and their conviction to bring agriculture back to town. Overtime La Ortiga evolved in a work cooperative offering three ways for self-employment to its members. One is agricultural production, involving work on the recuperation of the abandoned olive and vine-yards using traditional methods as well as growing organic vegetables at the terrains of Can Monmany. Another is the preparation of weekly baskets of fresh seasonal food, using own production and vegetables and fruits from other organic farms. Their baskets reach 200 households through the infrastructure of la Xarxa del Consum Solidari, a network of sustainable and fair-trade centers present in multiple locations in Barcelona. The members of La Ortiga talk about their project as a dream that comes true, thanks to the support and solidarity of consumers willing deviate themselves from the standard food outlets and dedicate more time and money for a project that would not be viable if based on pure market logics.

Third, and importantly, La Ortiga is one of the few projects explored by TESS, working on the inclusion of individuals with fewer opportunities in sustainable food provision. Providing educational courses for schools, young adults and long-term unemployed on how to cultivate without use of pesticides and chemicals, and how to start your own productive garden, La Ortiga reached a diverse range of people, who would normally not join an organic food cooperative. This has not been achieved without the support of local public institutions. The municipality of San Cugat has provided most of the funding for the educational program. One of the tangible results of La Ortiga in this respect can be seen as migrants and long-term unemployed initiating their own small-scale and organic productive projects on public or abandoned lands, after taking the one-year course of the initiative.

Trèvol: an emblematic courier service cooperative… and much more.

Posted On April 12, 2016 ~ 0 Comments
In 1984, the courier services company MRW (illegally) laid off five of its workers after receiving a complaint about poor working conditions. When years later,…

Posted On April 4, 2016 ~ 0 Comments
As a target for compassion during Berlin’s cold and wet winter weather and for admiration in the warm and humid months of summer, bicycle couriers…

Posted On July 15, 2016 ~ 0 Comments
Hosman is a typical Saxon village of Valea Hartibaciului, an area of central Transylvania, that is hiding one of the last authentic medieval landscapes in…